With an attendence of over 100,000 this year, IT WAS MADNESS IN SAN DIEGO. The cast of the upcoming feature film, Madness, including Kelly Stables, Trina McGee and Brad Graiff, were on hand at the 2005 San Diego ComicCon to meet the fans! “We had an amazing turnout,” says director Brandon Kleyla, “the line was looping around our booth. The fans are so loyal! We had a great time.” Giving away over 3500 posters and signing over 500, the response was better than we had hoped. “The thought of a film that’s the combination of The Notebook and Psycho is very intriguing to everyone,” says Kleyla. “The fans get very curious, as well they should.”

“Intuition, starring Brad Graiff and Jason Burks, has a gritty indie feel that takes a look at the underbelly of drugs, corruption and friendships…”
– @KC Online-Art Feature 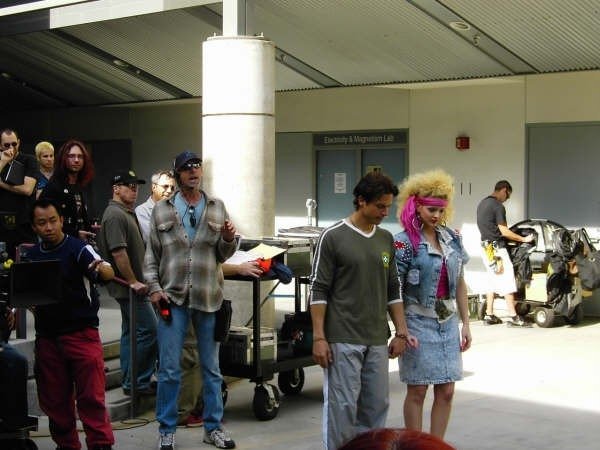